A history of the Crowley clans of Friars Walk, Cork City and their descendants

Crowley is a Cork name, though if you go back to 1200 A.D., we were blow ins from Roscommon.

Our Crowley clan originated like many others from Dunmanway in Co: Cork. James Crowley (1844) was born there. His son Daniel was a city man though. Most of this website is about his clan. Daniel (1872) and his wife Mary nee Mehegan (1881) set up house in the Ballyphehane area around 1901. They had 14 children and they lived at three locations, the last being on Friars Walk. Many of the Grandchildren have very fond memories of the place.

Here we are trying to keep these stories alive and available for all who are interested. We are also here to record the current goings on. Like any good Irish clan we can be found anywhere from the west coast of America to Japan. 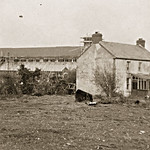 The house at Friars Walk, just before it was demolished.

Daniel Stephens wife Mary Mehigan was reared at 41 Lough Road. Marys brother Charlie who has since passed away was still living here in the 1970’s. He had two children Marian and Junior who works as a porter in the Regional Hospital. 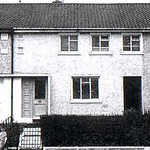 Where Daniel Stephen lived for many years before marrying

The old school in Togher 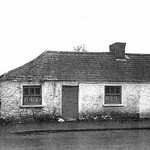 Approximate birth place of Jimmy and May

This is the approx. location of the passage (a small lane that existed off Friars walk at the turn of the 20th century). Jerimiah was the older brother of Daniel Stephen Crowley (1872). They were next door neighbours. The brothers had no contact with each other but their children did.

Christy lived with his wife, their many children, the Murphy children (from his sister who died giving birth to the youngest child) and Christy’s mother Mary Crowley (nee Crowley).

Jerry and Peggy lived at Marble Hall before moving to Dublin

Family tree of May, Anne & Charles

Record of May, Anne and Charles births

The family tree of Margaret (called Peggy ) and Joseph Hyland

Record of the birth of Kathleen

The family tree of Kevin and Theresa nee Sweeney

The family tree of Eileen Crowley

A record of the birth of Eileen Crowley

Our cousin Audrey Boudren passed away on Sunday May 24, 2020

News has just come through that our cousin Audrey Boudren passed away on Sunday May 24, 2020 Peacefully in the Mater Hospital. Audrey will be deeply missed by her loving son Chris,relatives and friends. Audrey was buried immediately this morning (Tuesday). May she...

One of the last photos of James Heffernan Crowley with his daughter Evelyn and grandchildren Tomás, Patrick and Margaret taken on 17th February 2020 James (Jimmy) Heffernan Crowley passed away peacefully today (Tuesday, March...

We would like to extend our deepest sympathy to the family of our cousin David Ellard who died unexpectedly a few days ago.

I have not got much information on the will of James Crowley. My father Dan was the last Crowley to work the Friars walk market garden and we left there sometime in 1955. I have many boyhood memories of it .It was compulsory purchased...

Luke was born 60 years ago

At this time 60 years ago LUKE NOEL was born to NOREEN and PEADAR CROWLEY in Cork City. They are gone now but never forgotten,

If you had to name all your Aunts and uncles, Una would be one of the first. Not because the others were less caring, loving or being glad to see them again. But Una was bubbly, asking questions, infectious. She stole the show.

★ Marriage of James Crowly and Mary Crowly on 20 February 1862 at St. Finbarr’s church in Cork city. This also means that they were living in Cork city from 1862. James was only 18 at the time and Mary